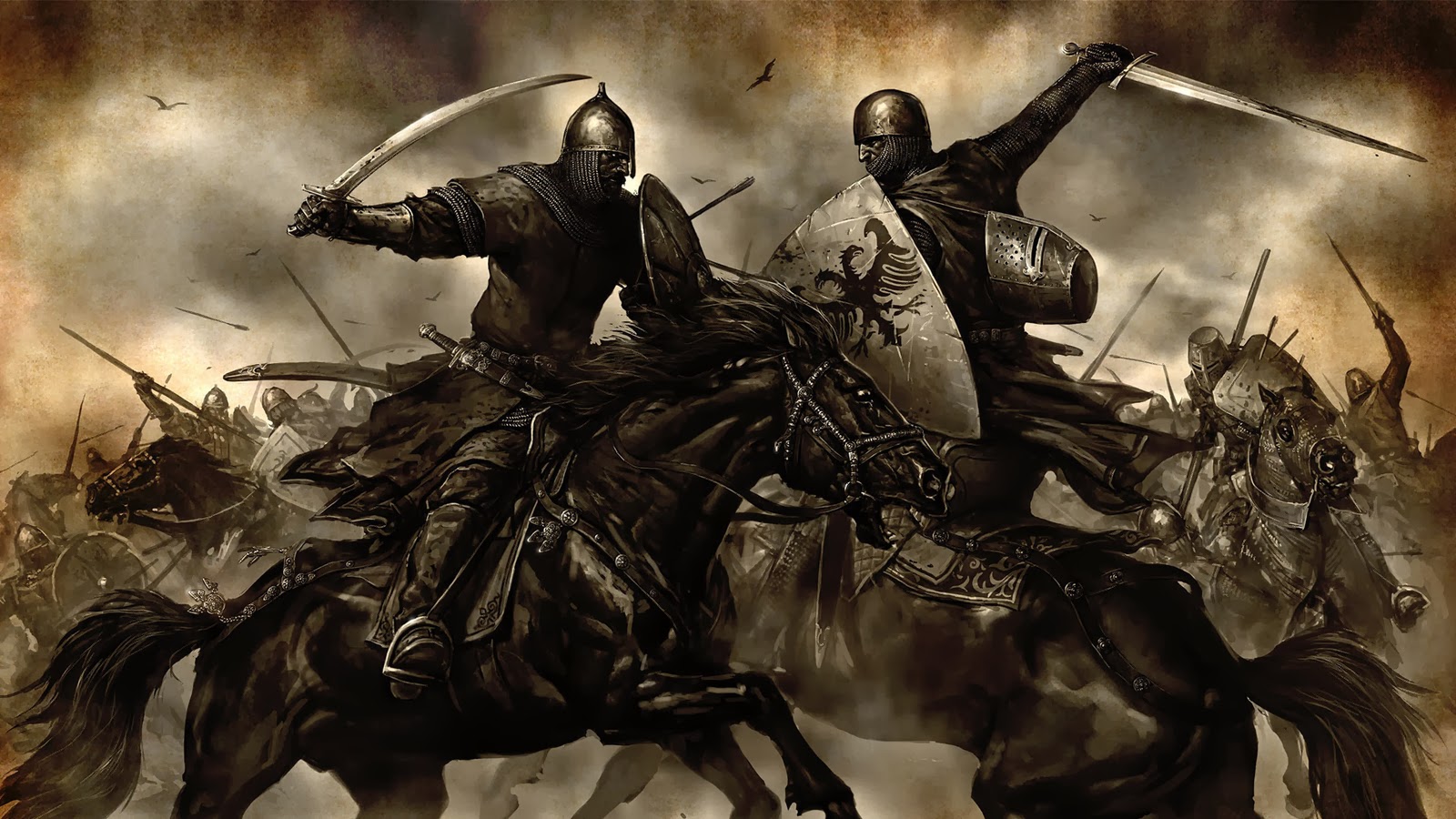 Conflict is vital to every story.

And often, that conflict escalates from disagreement and dislike to physical combat. In the world of fiction—especially genres such as fantasy and sci-fi—writing satisfying, dynamic fighting sequences is often a necessity.

Let’s take a deeper look at the adrenalin-laced topic of fighting, as well as a few tips that will help you write more dynamic, intense battle scenes in your stories.

1. Actions VS Reactions
At its core, the most basic rule of combat follows Newton’s law of motion; namely: “To every action there is always an equal and opposite reaction.” 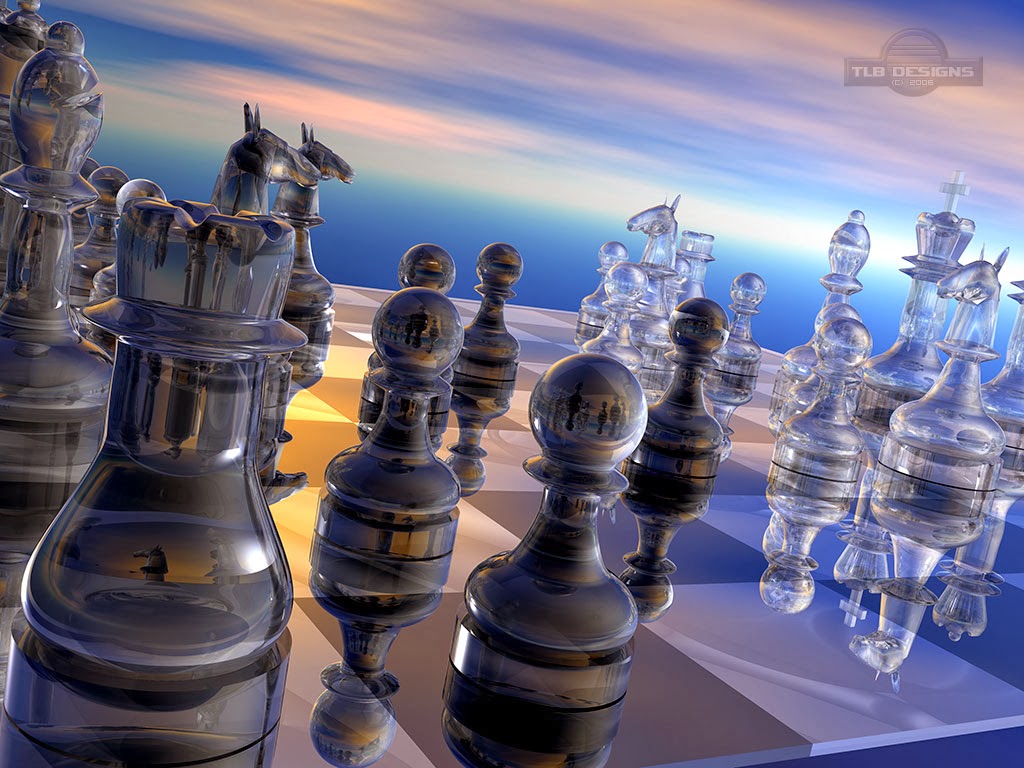 To keep things simple, think of physical combat as a game of chess. One player makes a move, which causes the other to react to the move in some way. Of course, physical fighting is much more complex, but the principle is the same. When one combatant throws an attack, the other must either return the gesture offensively (by attacking back) or defensively (by protecting themselves). This aggressive “give-and-take” is what makes fighting flow.

When you write action scenes, remembering this basic principle can help simplify the task. When more than one combatant is involved in the fight, the possibilities are greater, but the law of actions VS reactions remains the same. Here is a basic example of one-on-one combat from Redwall by Brian Jacques. Notice the specific actions that the combatants take and how their foe reacts to them:

The thick tail of the Warlord [Cluny] flicked out venomously at Matthias’s face. He covered swiftly with his shield as the poisoned metal barb clanged harmlessly off it. Cluny tried again, this time whipping the tail speedily at the young mouse’s unprotected legs. Matthias leaped nimbly to one side and swung the sword in a flashing arc. Cluny roared with pain as it severed the tip of his tail.

2. Universe, Setting, and Atmosphere
What is the setting of your story? Depending on that answer, the combat options available to you will change. It goes without saying that a story set in medieval times will not see much gun-fighting. Likewise, characters in the prohibition era won’t likely be garbing up in armor and swinging their sabers into battle. 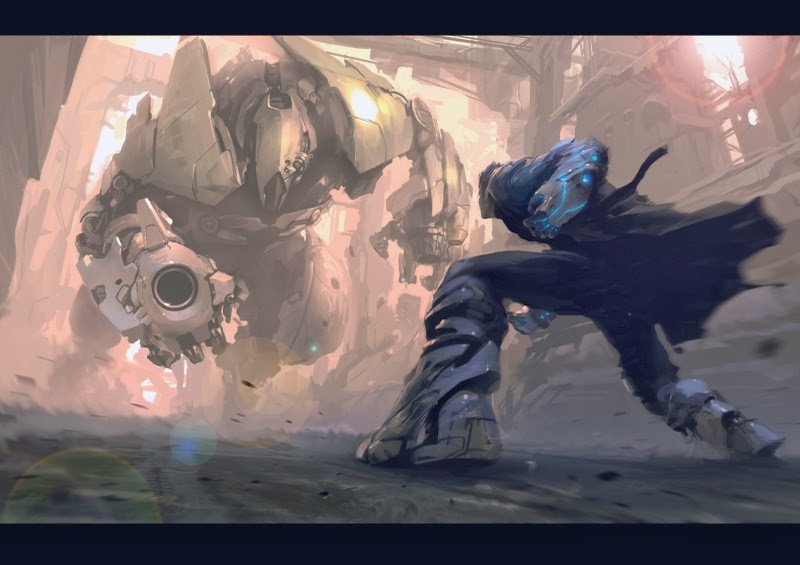 Those are both silly examples, but knowing exactly what is available to you in the setting of your story is important. If your story takes place in a fantastical world where characters use both swords and firearms (think: Starwars), then it’s important for you to understand the laws of these weapons. What advantages do certain weapons have over others? How do they operate in battle? Do they have any special abilities or uses? And so on.

Atmosphere is key to producing a tight-paced, innovative action sequence. Exactly where the battle takes place can alter the style of the fight, so choose interesting locations with lots of potential for creativity. More importantly, use the atmosphere of the fight to add tension and immersion to the fight. For example, if your battle takes place inside a cathedral, have your characters utilize the pews for barriers and platforms, use a candelabrum as a weapon or to set something on fire, or even jump on-board a massive, rocking chandelier for some high-flying, reckless combat. Mention the way that the sounds of combat echo through the rafters, or how the stained-glass windows cast crimson light down on the combatants. The possibilities for adding to the atmosphere of a battle are as boundless as your own creativity. 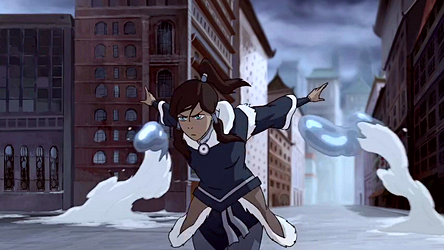 Each universe has its own set of rules, and depending on those rules, the style of your combat will vary. In some universes, gravity has little effect, making battles much more open with many more possibilities. Battles involving magic or other such super powers have their own set of rules, as well. Choose atmospheres that allow your combatants to utilize their special powers in unique ways. The TV series, Avatar, demonstrates this principle quite well, in that it uses atmosphere in order to create unique battle fields with every fight. For example, a character who can manipulate—or “bend”—water must have some source of water in order to fight. In the show, a “water-bender” may find themselves in a variety of unique fights in which they must use their powers in innovative ways, such as by bending a tidal wave from the ocean, freezing water into ice pellets, absorbing water from snow, or even using their own sweat as a weapon.

3. Even the Odds
Much like the story’s plot, a fight is not enjoyable to read if it is predictable or one-sided. There will be times when your combatants will not be evenly-matched, and these battles will end quickly and unceremoniously. However, for a lengthier, more engaging fight, both opponents will need to have evened odds. This does not mean that both characters must be equally matched. It simply means that the “weaker” character must have some form or chance of winning against the stronger opponent. The “weaker” character may be able to use the atmosphere to get an advantage, have an animal companion that assists them in combat, or perhaps have a temporary benefit because their enemy is weakened or wounded, etc. 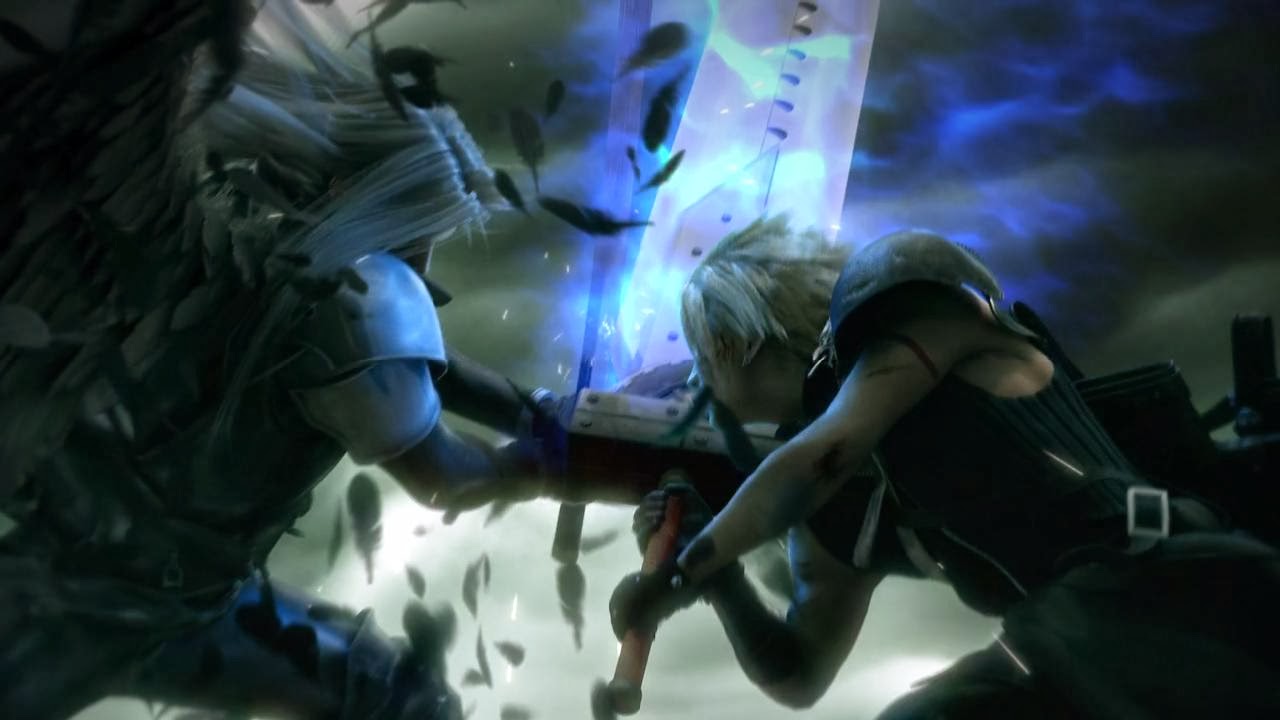 Unless your character is designed to intentionally have god-like powers, it’s a good idea to have both characters take injury at least once in order to show that they both have a chance at winning. This also helps to make your heroes and villains realistic and generally assists with avoiding the “over-powered god-character” stereotype. Remember that, with battles, you don’t want to be too predictable, but you do want to be believable. If you want the underdog character to win the fight, then come up with a believable, creative way for them to win. Chances are that they will not be able to conquer their foe through brute force or whatever fighting technique their opponent has mastered. In Redwall, the hero conquers the villain by cutting away the rope of the abbey bell and having it crash down on the villain. Even through the hero is unable to defeat the villain through outright strength, he uses his cunning, and the atmosphere of the battle, to his advantage and triumphs in the end.

4. Visualize
It is impossible to write anything without some form of visualization; however, when you pen, or type, a battle sequence, this visualization is incredibly important. 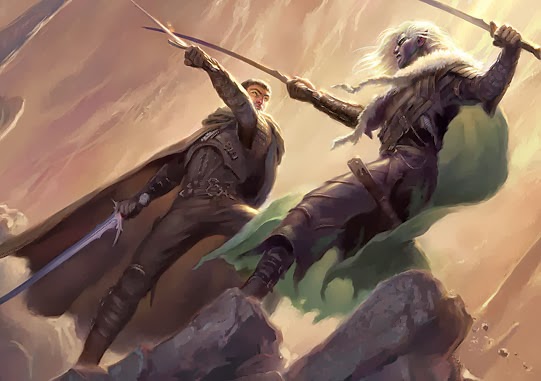 What does your battle look like? Try to see it in HD detail. Visualize everything. Notice the smallest details—the shadows, the fabric of your characters clothes, the exact patterns and colors of the magical attacks involved, the light flashing along the swords… It’s a lot to keep up with, but with fighting scenes it’s important to visualize what’s going on. Otherwise, you might end up writing a combat sequence that doesn’t flow.

Is your combat realistic? Wearing a billowing cape into a one-on-one duel may not be the brightest idea, even if it does make for some rather dramatic descriptions. Does your character really need to backflip over a bench in order to avoid that attack? Better yet, is it possible to backflip while wearing all that armor? Granted, your characters may be incredibly agile. They may be ninjas or mages who are capable of maneuvers that regular fighters couldn’t hope to pull off. If this is the case, then know what physics and rules apply to their style of fighting and ensure that their combat remains within believability.

5. Seek Inspiration
One of the absolute best things you can do to enhance your battle-writing skills is to read, and view, battles. Pick up novels with detailed, stimulating action sequences, such as the works of Brian Jacques or R.A. Salvatore. If you enjoy movies, watch The Lord of the Rings, Avengers, The Legend of Korra, or some other action film that matches the genre of your story. If video games are your thing, take a look at the Final Fantasy series for some intense, CGI combat. Regardless of the genre you write, there are many wonderful media options available for your viewing pleasure. Here are some things to look for as you view an action sequence:


Music is another stimulating way to unlock your inspiration. Seek out thrilling, engaging soundtracks and visualize the combat happening in time to the music. You might be surprised with how many ideas you are able to generate with this method. For some epic, inspiring music, I recommend checking out Immediate Music, Two Steps from Hell, and Audiomachine, to name a few. Trailer music and movie scores are both excellent sources of inspiration for wide-sweeping battle scenes, and I highly recommend listening to some as you brainstorm your combat sequence. 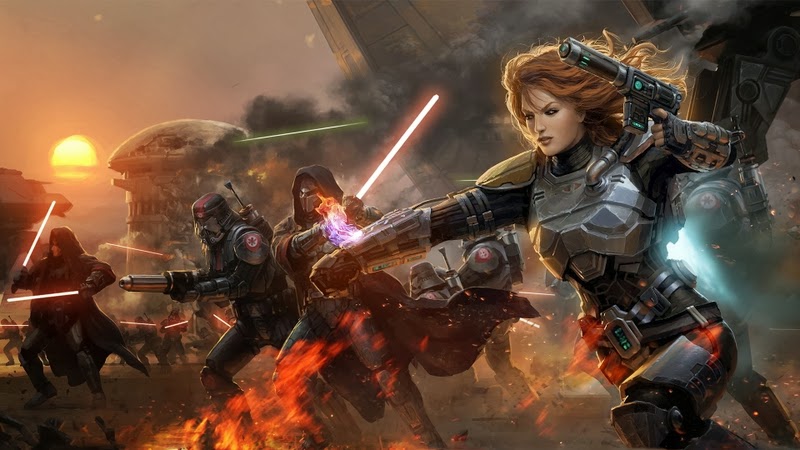